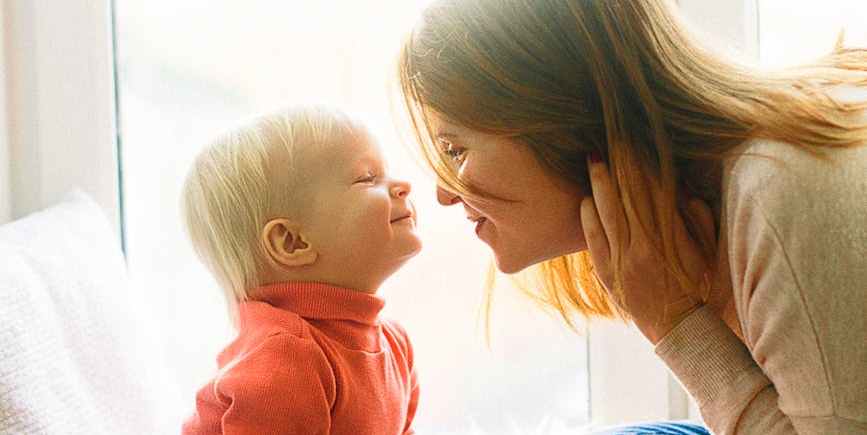 The Left Brain and Right Brain

I’m sure you’ve heard of this. The ‘left brain’ seemed to hit news back in the 2000’s when marketing and game industries started making games like ‘Brain Age’. We were taught that if you’re right side is controlled by your left side of your brain and that your left side is controlled by the right side of you brain. As studies went on, they began to show the impact all the areas of the brain have on the developing child. Then finally, psychology started linking together how they all work and how we as parents could respond better.

In a summary, the Left side of the Brain covers the logical part of the mind. It put’s things in order so to speak. It likes things literal. Factual. Like math, science, problem solving, memory.

The Right side of the Brain covers the creative side of the mind. It’s what’s in charge of your imagination. It exercises itself during activities like dancing, drawing, painting, reading and emotions.

To live a balanced life, we need to learn how to balance our brain. When we balance the left and right side it is called horizontal integration. When we lack horizontal integration, we either become an emotional flood or an emotional dessert. So when we are handling situations with our children, it’s important to encourage the use of both sides of the brain, and be the paddle on the boat that guides them back to the other side of the river when they are stuck too far on one side. That doesn’t mean letting poor behavior slide, but instead responding to it in the right way, not the emotional way. To teach brain balance, we must have a balanced brain ourselves.

The key to intervening in any kind of out of balance behavior is first connecting with the child. No child is going to take anything in or listen in the heat of risen emotions or logic. The only time they would is out of fear and that should never be resorted to, that’s called fear mongering. Whatever your child’s struggles may be, they need to be calm, cool, collected and engaged before discussing them. If things get heated up then you need to break again and come back later.

An example of connecting with your child during an emotional situation would be:

“Hey I know you’re really tired right now. I hate when I’m tired too, doing anything feels so hard. You had a really busy day, that must’ve made you feel exhausted. We should get your room tidied up though. A nice organized room will help you think and relax better.”

In this example, the parent connects and validates their child’s emotions, then gently uses logic to sway them back to the middle of their two brains.

An example of connecting with you child during an logical situation would be:

“I see you’re really frustrated that your brother came in your room while you were with your friend and ruined your board game. That wasn’t right for him to do that, I will talk to him after. I think if you ask your brother why he did it though, he would say he was feeling left out and angry because he wasn’t included.”

In this example, the parent validates their child’s emotions and thoughts about their brother acting out unfairly. But then the parent pulls them back to the emotional side of things by trying to have their child exercise empathy and understand another’s emotions.

We all know as parents though, that kids don’t always follow suit with how we’d like things to go. So this response will not work every time. One things to remember in that case, is that practice makes perfect. Repetition is key.

Sometimes when kids are very upset, using the opposite of the brain they are expressing is not the key. Sometimes, all we can do, and need to do, is acknowledge how they’re feeling, validate how they’re feeling, and get them to talk it out. Help your children name what they are experiencing inside of themselves so both you and them can understand. Then, redirect them to something else so they can continue to calm down. Depending on their age, you can discuss the situation later.

Think of it this way, there’s a forest with tall grass which you must travel everyday.

After days and weeks and months of taking the same path you always have, there is a trail worn in and the path is easy to see and travel on. It also happens to seem like the quickest way there because it’s now been the road most traveled on. But every time you take this way, you have to go through a swamp. The swamp is not easy and there’s bugs and creatures in it you don’t like, but you take it anyway because that’s just the path you take to get where you’re going.

Then one day you’ve had enough. You decide to try another way, and instead of taking the frequently tread common path, you decide to make your way through the tall grass where there is no trail. It takes longer at first, you have to break down the grass and push sticks and logs and large plants out of your way. Once you finally reach your destination its taken twice as long as the other path – but there was no swamp this time. No bugs and creatures and animals of threat lurking. So you take the path the next time and the next time and the next time. Soon, the path begins to wear itself in, and it no longer takes twice as long as the other, but the same about of time. And as this new path wears into the ground and becomes the new “common path”, the old path with the swamp grows over. It’s no longer traveled on, and you can’t even see it anymore.

That’s how change works. In your mind when changing your ways, and in life when looking at things metaphorically. It’s hard at first, but perseverance and repetition will lead you to where you want to go. The same works when applying new parenting techniques.

"Think of it this way: This type of connection imbues the relationship with emotional texture, adding an essential feeling of security that establishes a foundation for genuine intimacy to blossom. When we feel unsafe to let down our guard, the bond between couples can be superficial at best. "As humans, the need for emotional connection is wired into our survival," adds licensed psychologist Justine Grosso, Psy.D. "It helps us feel a greater sense of belonging, which facilitates general well-being."
This is why it is important to want to understand your child's behaviours and emotions. Parents are quick to label an expression of difficult emotions from a child as "misbehavior", when in fact they just don't have the ability to communicate the way we do; especially during difficult situations.
Via Janet Lansbury 💝
Its good to have some alternatives in pocket to "good job". It easy for children to expect praise such as "good job" to satisfy there reason for working hard and achieving something. What's even better brain food than praise are honest compliments and true acknowledgement of their efforts!
Via Modern Day Wonderland
PSA: