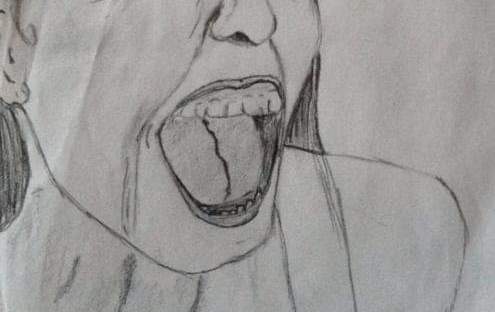 Many know the saying ‘momma’s boy’ and ‘daddy’s girl’ – because it’s supposed to be a natural, special bond.

As I’ve mentioned in my blog before, I grew up in a broken home. Quite honestly, both my parents broke my heart as a child is many ways. And although that all has made me strive harder than anything to be the best person I can be, and resilient to many things – that’s not an ideal way to build resilience, nor should it and can it ever excuse what I went through. I became that way because I was running. I was determined to never have to depend on them ever again. I’ve shared many minor difficulties from growing up, but never the true devastating and traumatic events I went through.

However, one thing that I frequently think about, despite the mostly-healed wounds, is the father daughter relationship I longed for. Even the mother daughter relationship that I needed still partially hurts to this day, but I was at least more easily able to be my own mother. But it hurt. It hurt to be 14 with a broken heart whispering to yourself ‘its going to be okay baby, I got you, I got you.’ To have to visualize the older version of yourself coming to hold you, help you, save you.

That’s why I became who I am today, I was the only person I could rely on.
I got into fitness, the tougher I was, the tougher I felt. I would hit the gym pumping iron everyday. I needed to be an intimidation factor to every man I encountered. Not because I hate them in the slightest, but because I wanted to feel in control. I pursued wrestling in highschool to express some dominence and control and emotion. I worked in an autoshop on and off through highschool, and went to college later for a machinist.

Being the tomboy I was, I had a lot of guy friends. In my head I would combined their personalities to make each and every one of them some sort of role model in my life. At one point when during high school, I nominated one of my best guy friends the title of being like my brother. I made him in charge of deciding whether or not a guy was appropriate for me to date or sleep with. That’s how desperate I was to have a father figure, a real father, in my life. One that I had a bond with. So yes, I found some sort of family-relation-type resemblance in any male I became friends with.

Unfortunately, I still ended up looking for attention from anyone who would give it to me. I could convince myself that I like any guy that would give me the time of day. That if I was treated poorly in a relationship that that was just part of a relationship, because that was part of the relationship with my parents. It was normal for me. I didn’t have anyone to have any say in who I dated… if someone did have something to say, it was my mother. And I hated anything she ever had to say about anything. Her perspective on life was and is very upside down the majority of the time. Combine that with a complete and entire lack of a real bond with her and feeling of being cared about, and I wouldn’t even give what she had to say a time of day to think about

When I was 17 I had had enough of dealing with father – and mother – so I ended up moving in with one of my other best guy friends who was also like a brother to me. His family partially adopted me. Partially being that it wasn’t legal or anything of the sort, but that they took me in and treated me like I was one of their own. To this day considered them My adoptive family. And although my so-called adoptive father is a wonderful man that I can talk to anyting about, this void from my real father forever follows me around.

I had even made one last attempt to reconnect with my biological father when I got engaged years ago. We met for lunch. I told him I wanted to wipe the Slate clean, forget about everything and move forward. For both of us. His response was ‘I don’t really like you right now’.
He wasn’t too keen on loving me the way a father should love his daughter. It wasn’t until he met my fiance at the time, now my husband, and learned that he was an electrician and had a good life and a good future, that my biological father expressed any concern for wanting to be part of my life again. So I closed that door and I never talked to him again. Although I didn’t have much hope going into that lunch, there was just enough hope that although it did not hit me immediately, it resonated with me overtime and festered.

Now that I am a grown adult, a liscenced trades woman, a homeowner, and a mother, there’s so many moments and things I wanted to share with my parents if I had had a loving, caring, understanding bond with them.

Instead, every shop I’ve worked and made friends at, I just end up giving them a family title in my head. For example, one guy is like my work father, another guy is like an uncle, another is like a brother. All of this was one-sided though, and temporary. It was to just make me feel like I was part of something. I always feel like the Lone Wolf. I just wanted a father-daughter relationship. One of the last jobs I worked at, my supervisor and I were very close in terms of friendship. He was just easy to talk to, joke around with, be honest with, express emotion with. Nothing remotely in the sexual nature. He had told me that he had never had kids but a part of him always wanted them. He had told me, he too had a very traumatic experience with his own father – his biological father, and that he no longer talks to him either. He understands the pain that that leaves in a child. Naturally he became another father figure to me, but not so temporary.

In fact, to this day I consider him like a father to me even though I don’t work at that shop anymore. He has helped me immensely through my struggles, as has My adoptive family. Both of them being there whenever I was in a hard place. My so-called work father and adoptive father both were upgraded to grandparent titles when I had a baby with my husband. Both of them I introduced to my child as his grandparents.

So needless to say I have found a concoction of made-up family members and many people and many men. My adoptive father was the one to walk me down the aisle when I got married. That was an amazing feeling, it was the closest thing I ever experienced to the bond I’ve saught for.

I mean, any man I work with or I’m around who gets to know me often takes a liking to me. How can I convince any man to treat me almost as if I am their stepdaughter, or to like me in any way, but I can’t even convince my own father to?

Do you see the damage not having a father does to a child?

Now don’t get me wrong, 7/8 of me is a big load of fuck you fuck him and a whole basket of fucks to go with it. But it’s like someone died for me. I’ll be fine most of the time but every now and then this minuscule thought will pop into my head and I won’t be able to stop circulating it. To actually drop it and move on because I despise the feeling. And again I’m a big load of fuck you.

Verdict of my story is, parents need to show up. They NEED to meet the emotional needs of their children. They NEED to be empathetic, understanding, and compassionate.
Otherwise they leave their children with a lifetime worth of struggles. We are not military robots; We are humans.

"Think of it this way: This type of connection imbues the relationship with emotional texture, adding an essential feeling of security that establishes a foundation for genuine intimacy to blossom. When we feel unsafe to let down our guard, the bond between couples can be superficial at best. "As humans, the need for emotional connection is wired into our survival," adds licensed psychologist Justine Grosso, Psy.D. "It helps us feel a greater sense of belonging, which facilitates general well-being."
This is why it is important to want to understand your child's behaviours and emotions. Parents are quick to label an expression of difficult emotions from a child as "misbehavior", when in fact they just don't have the ability to communicate the way we do; especially during difficult situations.
Via Janet Lansbury 💝
Its good to have some alternatives in pocket to "good job". It easy for children to expect praise such as "good job" to satisfy there reason for working hard and achieving something. What's even better brain food than praise are honest compliments and true acknowledgement of their efforts!
Via Modern Day Wonderland
PSA: